Construction Economy Still On the Rise 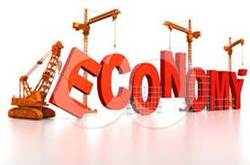 Promise in the construction sector shows great gains for all aspects of the economy. New construction symbolizes growth and prosperity.

According to FMI Capital Advisors total construction put in place for 2014 will be $62 billion greater than in 2013 and it doesn’t stop there, projections for 2015 are even higher.

The two largest growing sectors in 2014 are commercial and manufacturing construction. Together they account for more than $111 billion in new construction. Examples of this can be seen here in Michigan with the construction of Amway’s Nutrilite Facility in Ada and Sunivas, Inc’s new solar manufacturing plant in Saginaw.

An increase in all sectors of the construction industry surely shows promise of a profitable 2015.